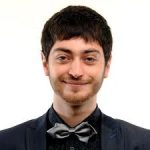 It’s is possible to move forward successfully when you work with professionals in your field who you trust. We have been working with “buhalterės.lt” for 3 years already and we have never doubted their competence, experience or understanding. In spite of the competition and offers for the services we receive almost every week we remain fully satisfied with their services and are happy to grow together.

We are the most satisfied with the prompt, expeditious service, quick and detailed consultations.

buhalterės.lt carry out their work thoroughly, honestly and on time. I am particularly grateful to the accountant appointed to us for detailed answers, advice and positivity. I strongly recommend this company.

We have been working with “buhalterės.lt” for many years because they are able to promptly resolve all accounting issues and, if necessary, provide detailed consultations. They also take care of customers: send reminders, relevant updates and ask for customer opinions.

I have been working together with the accounting company buhalterės.lt for almost a year and a half. I would really recommend this firm to anyone looking for the services, and here’s why: Good service is the one you don’t even notice because you trust it. The better the supplier is, either it’s the internet, communications, water or electricity the less often you have to think about it. Accounting is no different from other services: the more professional it is, the less noticeable and the more reliable it is. You don’t notice their work until you yourself have questions. You just know that everything will be done well and on time. And if a question arises, you will promptly receive a professional and helpful answer which won’t be delayed by needless formalities. Thank you, colleagues!

I recommend buhalterės.lt for small new businesses: prompt setting up of a business, pleasant service, prices affordable to small companies.

I consider buhalterės.lt to be a really great team that performs all arising tasks perfectly. We can describe our cooperation with the company representative appointed to us as really positive, because all our expectations are met. Thanks for the good work.

We have been using the services of your company for about 7 months which isn’t a long time. All I can say is that accountant Žaneta Stundžienė replies to all questions without delay, it’s obvious that she knows her work, she is helpful and is able to solve any questions promptly. She has pleasant phone manners. Her answers are specific and clear. We are satisfied with the quality of the services which perfectly meets our expectations.

We have been working with the company buhalterės.lt for the first year, but we can already appreciate their professionalism and dedication to work and clients. Everything is always done on time and with quality. Accountant Diana, with whom we communicate directly, is a very good specialist in her field and we can always trust her. We can already see that our cooperation will continue for many years.

We appreciate our cooperation with “buhalterės.lt”, because it is always a pleasure to work with professionals in their field. We receive accurate and reasoned answers to all questions, the accounting is handled carefully and in a timely manner. As seasonality has a significant impact on our company, we particularly welcome the flexible payment option, where the price of accounting services depends on the amount of accounting documents. We sincerely thank “buhalterės.lt” and Danuta Mendelienė, who works with us the most.

I am very satisfied with the work of the buhalterės.lt team. 10/10. Competent and prompt management, professional and accurate staff. I’ve always got answers to all my queries. I’m happy with the advise on how to handle issues and what to pay my attention at. I feel safe knowing that all will be done well and on time as required. Thanks to the whole team and especially to Diana, Rūta and Laimis!

Managing a company sometimes feels like sailing a yacht at sea. Every day is different, and hurricanes are replaced by calm. Only with a good team can you overcome difficulties and move forward. We are glad that our team includes Natalia, who helps us to sail our yacht forward. Thanks to the team of buhalterės.lt.

I am pleased with the professional accountant (Danutė Svirskaitė) assigned to me, her pleasant communication and phone consultations.

I am happy with the specificity and consistency. And everything else is great!

Everything is super. I would like to give special thanks to the accountant assigned to me (Božena Sliževska): quick and pleasant communication.

In our company, we try to focus on what helps to make money. Therefore, we do not want to spend time on accounting. We are satisfied with the cooperation with buhalterės.lt, because we have an accountant assigned to us who we can contact at any time and who consults us or deals with the necessary documents. Hiring an accountant wouldn’t be cost effective for us as a start-up company.

It’s good to know that you have a real team member at your arm’s reach who is always ready to help, advise and answer any questions you may have. “Buhalterės.lt” is a really reliable partner.

I can only say that while working with buhalterės.lt we do not have any problems with accounting and other issues related to the tax base. For example, in 2013 the tax office having received incorrect tax reports deducted a considerable amount of money from the company’s account. This was due to the fault of the previous accounting firm, which, incidentally, did not even try to correct its mistake. Then I personally sought help from the manager of buhalterės.lt company Laimis Jančiūnas, who explained everything very clearly, how the company operates, what the requirements are, etc. There wasn’t anything not transparent or superficial, which is typical of some companies providing similar services. Finally, all issues related to the tax office were fully resolved and the deducted payment was reimbursed in full. I would point out that the problem was solved with no hassle, no rush or making lots of phone calls. Everything was done by accountant Diana Mačionienė, to whom I would like to say special thanks. Everything was done very fairly, professionally and smoothly.

We appreciate the cooperation with UAB “buhalterės.lt” for professionalism and flexibility, taking into account our needs. We look forward to continued successful cooperation and growth together.

We would like to mention that we have been using your services for one year. This is good cooperation and we receive quality and timely services. Special thanks to Svetlana Zimnickienė, who manages our accounting. She is a very competent and helpful member of staff.

We are happy with the helpful service and communication offered by Božena Sliževska. I think you are doing everything really well.

Everything is great, accountant Božena does her job perfectly, always answers questions, helps and advises. Many thanks to her and all your team.

We are very pleased to be working with accountant Danute Mendeliene. Great when you can ask all the questions you care about without hesitation and always get a detailed answer! In addition, Danute is a very nice and warm person.

Want to get started?
Get offer

We will respond in 1 (work day) hour